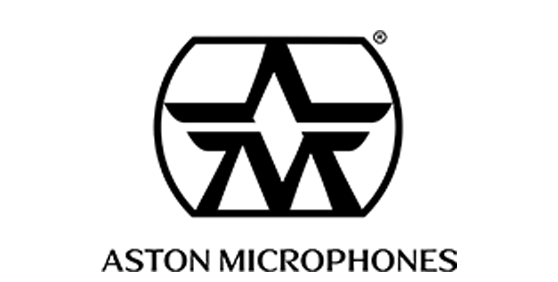 So where did the idea for the world’s first ‘customer-designed’ mic come from?

Actually, Aston have created all their award-winning mics so far using a similar blind-testing process with hundreds of the top producers, engineers and artists in the world… But with Element we decided it was time to let everyone in on the action! Here’s the history…

The ‘classics’ of the mic world differentiate themselves by having their own subtle yet recognisable sonic character, and this is subjective. So how do you know in advance if your new mic design is going to please the ears of the world’s top music and audio professionals?

Simple. You ask them. In fact, Aston went further and invited them to participate in the R&D right from the start of every mic project. The resulting panel of experts, affectionately named the Aston 33 after the original 33 panel members, now comprises more than 600 top producers, engineers and artists from around the globe, 120 of whom took part in the testing procedures for the development of the 2020 TEC Award winning Aston Stealth.

No other brand develops their microphones this way, in fact it is unique in the Pro Audio technology industry, and it’s the reason Aston mics sound SO good. Aston work with the very best ears in the industry.

Project Element was the first and only time this process has been rolled out to the public, the musicians, engineers and producers who can now use mic they helped voice.
The world's first customer-designed microphone

While other companies, particularly in the software sector, invite their customers to become beta-testers, this is invariably to check a product which is pretty-much already finished. It’s just checking for bugs. Never before in the audio industry has the actual SOUND of a product been decided by the eventual users from the early stages of development.

We took the Aston Element to prototype stage, so we had the chassis and the ‘nuts and bolts’ of the electronics in place, but the most important stage of all, the voicing – which gives each mic out there its own character and distinguishes it from all the others – has been left to you.

By participating in Project Element, thousands of musicians, engineers and producers from all over the world, have had their say in the final heart and soul of this unique and beautiful microphone.