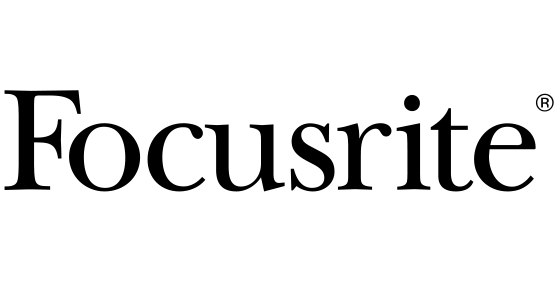 Rating:
87% of 100
2  Reviews Add Your Review
SKU
FOCUS-SCAR-6I6
was $249.99 Special Price $179.00
Availability: Out of stock
Earning 179 points for this item
Applies only to registered customers, may vary when logged in.
Earn 10 points for writing a review for this product
Add to Wish List Add to Compare
Skip to the end of the images gallery
Skip to the beginning of the images gallery
Details
Specifications
Videos
More Information
Reviews 2

Scarlett 6i6 is a 6 in / 6 out audio interface that connects to your PC, Mac or iPad via USB 2.0. It has two award winning Focusrite microphone preamplifiers, which deliver superb quality recordings from microphones and instruments, straight into your computer or iPad (Apple Camera Connection Kit required with iPad).

Focusrite: Over 25 years of audio excellence

Focusrite was commissioned to make its first ‘no-holds-barred’ microphone preamps by Sir George Martin for his Air Studio facility in London. Over the following 25 years Focusrite designed some of the finest mic preamps in the music industry, and in recent years has developed a series of best-selling audio interfaces for people who really care about sound.

Perfect for producers and bands

Scarlett 6i6 is perfect for producers, recording artists or small bands. Featuring two award-winning Focusrite mic preamps and a stereo line input, 6i6 is great for recording vocals, guitar and a stage piano simultaneously. With the four balanced outputs, connect up to two sets of stereo monitors, and use the S/PDIF I/O for connecting digital sources. There are also two built-in headphone outputs with separate volume controls so multiple recording artists can listen to the mixes they need to get the best take. The inputs and outputs feature precision 24 bit A-D, D-A conversion at up to 96KHz in order to get the most accurate signal possible into and out of your computer.

The outer case is a tough aluminium extrusion, which protects the components inside. There is a large main monitor control knob as well as two dedicated gain knobs for each mic input, each with two colour ‘gain halos’ which light up green to indicate that sound is detected, and red if the level is too high. Both mic inputs can be switched between instrument, line and microphone, and a pad can switched-in to cope with high-level inputs.

Scarlett 6i6 works with Mac, PC and iPad (using an Apple camera Connection Kit - available separately from Apple). It comes with a bundle of included software. Scarlett MixControl is a software control panel for routing the inputs and outputs, and accessing additional features on the hardware. It also comes with Ableton Live Lite: revolutionary production and performance software that can be used to record and playback audio in a totally unique way. The Scarlett Plug-in Suite is also included, supplying EQ, compression and reverb to professionalise your mixes.

In addition to the Red 2 and Red 3 Plug-in Suite, this interface includes the Softube Time and Tone Pack. This is a unique plug-in bundle, comprised of Softube's world class TSAR-1R reverb, Tube Delay, and Saturation Knob.

TSAR-1R: Add space, depth and width to your sound—TSAR-1R is a reverb plug-in with world class sound

and extreme ease of use. With a single slider, you can take TSAR-1R from realistic and three-dimensional

rooms to dramatic and dreamlike halls.

Tube Delay: A tasty echo effect that can go from clean to rude by overdriving its three modeled tube stages.

Saturation Knob: Add grit and warmth to any sound source with this modeled output distortion unit. Use

it to fatten up bass lines, add some harmonics and shimmer to vocals, or simply destroy your drum loop.

Simply turn up the knob to add saturation, and use the three-position switch to alter the distortion character.

Write Your Own Review
Only registered users can write reviews. Please Sign in or create an account
We found other products you might like!
Novation Bass Station II Analogue Synthesizer & Circuit Groove Box with Focusrite Scarlett 6i6 & Cables
Rating:
0%
$1,079.97