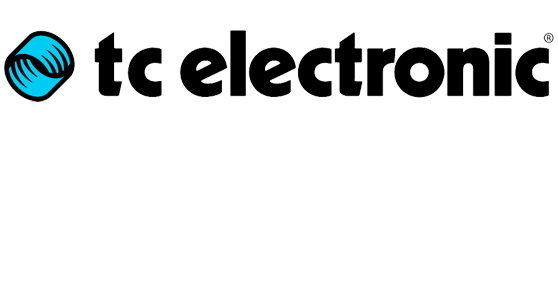 The most-complete computer recording solution TC Electronic has ever made, the Studio Konnekt 48 offers a comprehensive array of professional features that make recording, mixing, and monitoring a breeze. All essential recording tools are in one box including world-class TC-powered DSP effects, a wealth of I/O options, monitor management, and many other powerful tools to take your recordings to the next level.

The four combo inputs on the front of Studio Konnekt 48 also feature inputs for high impedance instruments such as guitars or basses, and to get the best possible sound quality, there is a separate electronic circuit handling guitar signals. An auto-detecting sensor detects whether you have attached an instrument and selects the appropriate circuit via the built-in relay switch.

With 8 TRS line inputs on the rear panel, the total amount of simultaneously streamable analog inputs is 12. The TRS inputs are balanced and the input sensitivity can be set to -10 or +4 dB.

Analog and digital inputs can be monitored using the high-resolution input display.

On the rear panel, you will also find 8 TRS line outputs. These would do nicely with a surround speaker setup, typically 5.1 (left, right, center, LFE, left surround, right surround). Also, line outs would make sense for sending out separate mixes to external headphone amps, or even to an external mixing desk if needed. They are also perfect for integrating external analog hardware with your DAW based studio.

For your main monitor speakers TC Electronics provided special XLR connections. This balanced stereo output is analog, but at the same time it is digitally controlled. This combines the great analog sound with the flexibility and precision of digital control.

The two headphone outputs on the front of Studio Konnekt 48 have individual level control and source. The left headphone output has its own D/A converter, while the right one uses the same D/A converter as line out 11/12. The flexible routing of Studio Konnekt 48 even allows you to route two independent signals to each side (left and right) of your headphones. If you're a DJ, you'll like this feature because it allows you to have the main track in one side and the cue in the other--at the same time.

DSP processing
Anybody familiar with TC knows that TC hardware products boast superior and award-winning sound quality. What you get is the capability and the sound quality of two full-blown 19" rack unit effects processors--built directly into the Studio Konnekt 48. The software package that comes with Studio Konnekt 48 contains a nice mix between plug-ins running on the Studio Konnekt 48 DSPs and native plug-ins that run on your computer's CPU. The DSP chipset also powers a 24/8 digital mixer with 48-bit double precision summing on all mix points. There is no compromise routing for all outputs and a wealth of insert points offering top-notch flexibility.

The DSP mixing engine features 24-in and 8-out connections with 48-bit double precision sum busses and 56-bit internal processing. The mixer runs on the DSPs of Studio Konnekt, and can therefore be used at all times; if your host application is not running or even if the computer is shut down. The mixer has insert points for the Fabrik plug-ins, also available in DSP. Each of the mixer's outputs can be routed to any of the physical outputs. With this mixer, you can skip your physical mixer in the studio; Studio Konnekt 48 offers all you need, and with the built-in DSP reverb, it even has a nice cue verb for the artist in the recording booth. The mixer also features a comprehensive talkback feature with listen back, which allows you to communicate with the artist(s) in the recording booth.

Running on the DSPs inside the audio interface you'll find the Fabrik C Studio which is a four-band EQ, multiband compressor and limiter. Fabrik C Studio works like a very nice channel strip and is very suited as a mastering tool and is based on technology from TC's renowned System 6000. Also running on DSPs is the Fabrik R Studio, a TC Reverb 4000-based processor that includes nine stunning reverb algorithms.

In MINT condition
The Fabrik C Studio and Fabrik R Studio plug-ins are both based on Meta Intuitive Navigation Technology (MINT)--a novel approach to internal audio processing. The design and programming philosophy gives you instant gratification and ensures that you won't waste time tweaking a bunch of parameters to get professional results; simply get the sound you want by moving the MINT icons. It literally lets your ears back into audio production. Because that's what it's all about; listening, not tweaking. On top of that, these MINT-based effects feature superior processing and sound quality.

Speaker and bass management
Studio Konnekt 48 features support for surround systems at an unprecedented level for audio interfaces. The speaker management section is based on AIR technology, and it enables you to set individual speaker level and delay. This ensures perfect level alignment between speakers; and if the physical nature of your control room is not perfectly suited for the speaker sets, the delay can be used to compensate for this.

Part of the speaker management section is the integrated bass management with selectable filters and frequency crossover points. The bass management system is designed to subtract the bass contents of the main channels and reproduce this by the use of a subwoofer.

Typically, you'd check your mix on a number of different speakers. Therefore, most studios have at least a couple of speaker sets or three. Studio Konnekt 48 has support for 3 speaker sets and you can switch between the sets from the remote.

Studio Kontrol remote unit
Studio Konnekt 48 comes with a cool, compact remote. With the Studio Kontrol remote at hand, you have access to all essential mixer parameters, including main level, mix levels, reverb level/decay time, speaker set selection, AUX sends and more. It has a built-in talkback microphone and a really cool light ring. The remote also has a built-in guitar tuner for in-tune DI guitar and bass work.

FireWire I/O
The Studio Konnekt 48 is a 1394 FireWire-based audio interface. One great advantage about this is that it is extremely easy to connect other Konnekt audio interfaces to your setup, thereby enhancing the number of I/Os and effect channels in your system. But not only is it easy to connect to your computer, the future proof network design also enables direct monitoring between devices.

An important part of the FireWire design of the Konnekt interfaces is based on a TC-designed chip called DICE II. The DICE II chip is the electronic part that makes the connection between all the inputs and outputs of Konnekt, but it does way more than that.

Jitter elimination
Caused by the variations in the timing of digital clocks controlling audio devices in the digital system, packets being streamed can arrive with varying delays. Jitter appears as audio degradation including reduced dynamic range and collapsed stereo fields.

With integrated JET technology the Studio Konnekt 48 is able to perfectly align all digital signals from external digital sources, including the ones from FireWire. This means that all supported digital formats will be aligned to ensure maximal digital quality.

JetPLL makes sure that unwanted jitter is eliminated, and plays a significant part of why Studio Konnekt 48 will enhance the sound of your projects dramatically.

Clock recovery
Sometimes users would like to synchronize the system to an external source. For this purpose, they use a house clock product to sync to. Studio Konnekt 48 can of course sync to an external source, using one of its digital ins, including word clock. One of the problems with syncing to external sources is that the system is totally dependent on the sync device. If the connection is broken or the external device is turned of, the system will potentially stop playing. Some audio interfaces will automatically shift from external sync to internal sync, and this will keep audio playing, but at a different sample rate. A unique feature in Studio Konnekt 48, called clock recovery, not only ensures that the system continues to play, but it also makes sure that it continues to play at the sample rate that it was syncing up to.

Thanks to the DICE II and the JET technology, the FireWire connections are used to their full potential. Not only does the DICE II ensure ultra-stable audio streaming, it also gives you the potential of streaming a great number of simultaneous audio channels, without any loss of quality, and with a extremely accurate timing. And don't forget that all of this can be done in a massive 192 kHz, 24-bit resolution.

ResFilter
ResFilter is a resonance filter that offers ultra-fat filtering effects. You can choose between 6, 12, and 24 dB slopes to get the filter sound you need, and the Drive option lets you add more juice to your sound.

Innovative new communication technology offers communication between plug-ins. If you have more instances, you can have parameters from one instance control parameters of other instances. This will let you do cross-overs between tracks using cutoff to obtain the nice sound of filters blending in and out. If you insert a filter on each of your tracks, you can setup one of them to be "Master" to control all the others, assigning very powerful control options to just one button. The number of instances you can run is only limited by the power of your CPU.

Assimilator Konnekt
Assimilator Konnekt is a native fingerprint EQ which is an extremely powerful equalization tool that "learns" the frequency curve of one piece of audio so it can be applied to another audio file--ideal for analyzing and copying EQ curves of individual instruments, voices or reference mixes. It truly excels when applied to align the frequency response of different tracks recorded at different times compiled to appear on the same album.

Assimilator Konnekt derives from Assimilator, a very popular plug-in originally developed for PowerCore. It has been re-designed to run as a native plug-in.

Since Integrator operates like a normal VST/AU plug-in it can be inserted on any track, as a send effect or on your host application's master output. It works with up to four Konnekt audio interfaces at a time, so if you have more interfaces, simply select the one that the external hardware is attached to.

With the included Studio Kontrol remote, you have instant access to all important mixer parameters at all times.

Use the encoder to control the selected function. The encoder controls two functions at a time--press it to shift between the two. The compact design of the remote makes it fit nicely beside the mouse in any computer-based studio.

At the upper section you find the input mix. This is where you control the level of the incoming signals--the mixer channels. This section is quite flexible, and from the control panel you decide which channels to control.

Also the EFFECT button is flexible. By default it controls the reverb level and decay time, but it can also be assigned to control other parameters, for instance it can work as a midi controller.

The talkback signal is routed to the DAW like any other input of Studio Konnekt 48, so you can make recordings directly from it if you want to make audio notes in your project or if you want to use it with other applications, such as Skype.

The remote also gives you direct access to the guitar tuner. When in tuner mode, the light ring will show note deviation, and by pressing the encoder, you can generate a reference tone for tuning acoustic guitars.

The connection between the Studio Kontrol remote and Studio Konnekt 48 is made by a single standard CAT5 cable. A neat solution that avoid lots of messy cables on your desk.