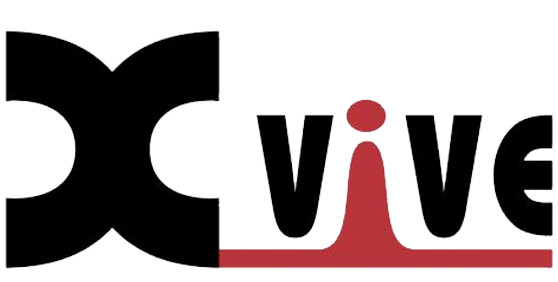 The U5 Wireless Audio for Video System is a versatile audio solution for video production and other speech-recording applications. It can be used to send audio wirelessly from the included LV1 lavalier microphone (via the system’s beltpack Transmitter) to the Receiver, which can be connected to a DSLR/video camera or audio device. The larger U5T2 set comes with two beltpack Transmitters and two lavalier microphones, allowing you to send wireless signals from two lavalier microphones or other audio sources to a DSLR/video camera or audio device.

If you have an additional U5 receiver (U5R), you can send your audio signal to two DSLR/video cameras or audio devices, or one of each. The U5 receiver’s shoe mount connects to any DSLR camera. The removable and rechargeable Xvive U5B lithium-ion battery provides up to 5 hours of continuous power. The U5C battery charger (sold separately with three U5B batteries) allows you to charge backup batteries so you can operate the system without interruption. The U5 system reliably transmits high-resolution audio on the 2.4 GHz wireless band, and can be used for video shoots, livestreams, interviews, webinars, weddings and more!

The U5 Wireless Audio for Video System features a dual-channel U5R receiver, which means that it can receive two wireless U5T Transmitter signals simultaneously—from two lavalier microphones, two audio devices, or one of each. The Receiver output connects to a DSLR/video camera, mixer or audio recorder via a 3.5mm stereo TRS connection. The U5 Receiver also boasts True Diversity on both channels, meaning that the unit has four antennas and automatically changes to a more powerful wireless signal whenever necessary. This gives you a wireless connection you can count on—for all your video productions.

The U5 wireless system was designed to use a replaceable battery in order to facilitate long video shoots. Carry a spare Xvive U5B rechargeable lithium battery with you—or several—and never run out of power. The U5B lets you roll for 5 hours without interruption. Swap to a backup and extend your shoot to 10 hours! Also, the U5 units can be plugged into power during use; and the U5C Battery Charger can charge three U5B batteries at the same time.

Separate knobs on the Receiver give you easy and separate control of the left and right channel output gain. The adjustment range spans from -54 dB to +24 dB, in 1 dB increments, allowing for very precise settings. When using two Transmitters, you can commit to your channel blend in mono mode and output identical left and right channels; or, for greater control you can send one channel to each side in stereo mode, and mix them later as desired in editing. When using one Transmitter, you can either balance the left and right outputs for a simple standard mono output, or you can use one of the output channels as a lower-gain “safety track”.