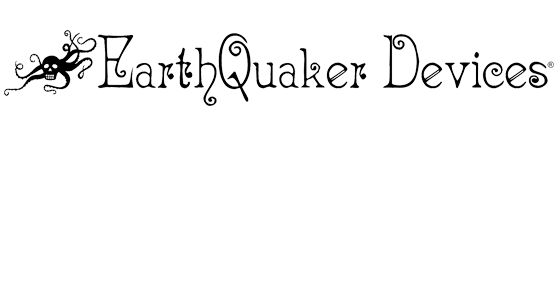 The Night Wire takes the traditional harmonic tremolo a few steps further by allowing the center point of both filters to be adjusted for different tones. The filter frequency has three modes: Manual, LFO and Attack. In Manual mode, the center point can be set to a fixed position with the frequency control. In LFO mode, the filters are continuously swept and the frequency control adjusts the speed. In Attack mode, the filters are dynamically swept according to pick attack and the frequency control acts as a range control, much like a standard envelope filter. The tremolo section has two modes, Manual and Attack. In Manual mode, the speed of the tremolo is governed by where the rate control is set. In Attack mode the speed is controlled by pick attack and the rate controls the sensitivity; the harder you pick, the faster the rate and vice-versa. The tremolo can be subtle and shimmery or full-on throbbing depending on where the depth control is set. With the depth set to zero, the Night Wire will act like a fixed filter, phase shifter or envelope-controlled filter depending on which mode the filter frequency is in. It also features a cut/boost volume control to get your levels just right. Each Night Wire is hand made one at a time in the moonlit village of Akron, Ohio.

Rate Toggle: This toggle lets you select between two ways to control the speed of the tremolo. Attack lets you adjust the speed by pick attack. In this mode, the Rate knob controls the sensitivity of the dynamic tremolo. The higher the rate and harder you pick, the faster the speed will rise and vice versa. In Manual mode, the Rate control adjusts the speed like a common tremolo.

Level: Sets the output level, unity is around noon.

Depth: Adjusts the depth of the tremolo. More clockwise, less counterclockwise. When fully counterclockwise, the amplitude modulation will be removed and the Night Wire will function as a fixed filter, envelope controlled filter or phaser depending on where the frequency toggle is set.

Since the switching is relay based, it requires power to pass signal.

The Night Wire should be powered by a standard 9-volt DC power supply with a 2.1mm negative center barrel. We always recommend pedal-specific, transformer-isolated wall-wart power supplies or multiple isolated-output supplies. Pedals will make extra noise if there is ripple or unclean power. Switching-type power supplies, daisy chains and non-pedal specific power supplies do not filter dirty power as well and let through unwanted noise. Do not run at higher voltages.