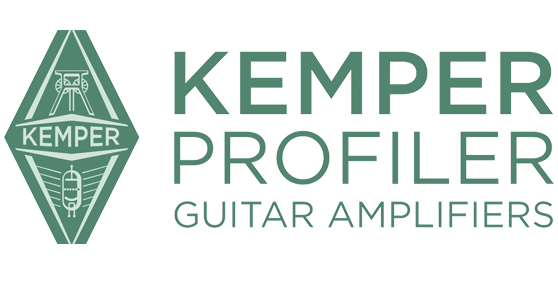 The Kemper Profiler is the leading-edge digital guitar amplifier and all-in-one effects processor.

Hailed as a game-changer by guitarists the world over, the Profiler is the first digital guitar amp to actually "nail" the real, full and dynamic sound of a guitar or bass amp. This is made possible by the radical, and patented technological and conceptual approach we call "Profiling".

For decades, the electric guitarist has effectively been shackled to the tube amplifier as the only means of achieving "that sound". This combination is undoubtedly glorious, but far from ideal. Achieving consistent results between the practice room, the studio and the stage presents a significant challenge to guitarists, just as it has since the early 1940's.

With the advent of the Kemper Profiler, everything has changed. For the first time in history, guitar players are free to create the most individual tones, reflecting the very essence of their playing style, and then capture these exact sounds into the digital domain with Kemper's unique technology.

Profiling is the key!

The Profiler Head comes with classic curves. It makes a perfect figure on a 4x12 cabinet. Still it's so compact and light that can be taken as handluggage onto an plane. The footprint of the Head is tiny, designed to stand on the desk of your project studio, right beside your computer. The Profiler Head is available in black and white colour.

The Profiler Rack has a 19" enclosure. It offers the same feature set as the Profiler Head. The only difference is the absense of the LED collars around the controls on the bottom line (except gain) as well as the two controls for the MOD section. We 've omited those controls to fit the entire unit into only 3 hight units.

Both the Rack and the Head (black version only) are available with a build in Class D power amp. It produces 600 Watt @ 8 Ohm or 300 Watt @ 16 Ohm. The power amp was designed by renowned IcePower in Denmark. It offers pristine sound quality running linear speakers, as well as running classic guitar speaker cabinets.
The Class D technique makes the most energy efficient power amp solution, emitting only a minimum of heat. That reduces the need of heat sinks, as well as the size and weight. The combination with the Kemper Profiler turns the PowerHead and the PowerRack into a super smart and compact all-in solution. The PowerHead weights a little over 6kg.

If required, you can switch off the build-in power amp, converting your powered Profiler into a line level unit for recording purposes

The KEMPER KABINET and KEMPER KONE!

A light weight, powerful, speaker cabinet and an exclusive speaker design for the KEMPER PROFILER™ with a choice of 19 different speaker characters (aka imprints)

The KEMPER Kabinet™ is especially designed for the PROFILER. The KEMPER Kabinet is a combination of the KEMPER Kone™ loudspeaker and an extensive speaker tone mining technology developed by KEMPER making it possible to digitally „imprint“ various speaker characteristics onto one single cabinet.

The KEMPER Kone is a 12“ full range speaker which is exclusively designed by Celestion for KEMPER. It is controlled and driven by the KEMPER PROFILER’s DSP to an ultra-linear (full range) frequency response, using a dedicated DSP algorithm. In contrast to the conventional idea of a full range system, the radiation pattern of the KEMPER Kone™ has been narrowed towards the physics of a classic guitar speaker chassis, so that even the full range sound carries a distinct guitar speaker character, unlike regular PA speakers or monitor speakers.

Among the imprints, you will find the finest choice of well-known guitar speakers from Celestion and many more, as well as some rare and very particular speakers. More speaker imprints may be added via future software updates.

The KEMPER Kabinet can be driven by the power amp of a PROFILER PowerHead™ or PowerRack™, as well as by utilizing any external solid state power amp. When using external stereo amplifiers, driving two Kabinets in stereo is possible.

Designed to work seamlessly with PROFILER™

The PROFILER Remote™ is the quintessential foot controller for your PROFILER. We’ve spent a tremendous amount of time creating a floor board that is both versatile and easy to operate. The tight integration between the PROFILER and the Remote allows you to control, administer and program without any knowledge about MIDI, or having to delve through cryptic data sheets.

The large, illuminated display is designed to be viewed from a distance, and the Remote's housing is built like a tank. Just what the doctor ordered for touring musicians on dark stages!

Five buttons allow you to directly access five different sounds ("Rigs") and entire Performances can be switched using a bank system. Dedicated buttons let you access the tuner, tap in the tempo, and enable the new, exclusive looper effect.

The Remote connects via a single Ethernet cable to your PROFILER. No extra power supply is required, and the included cable is seven meters long (21ft). Longer distances are possible if required.

Up to four continuous foot pedals can control multiple parameters inside your PROFILER. Four buttons switch effects on and off. Setting it up is easier to learn than putting a new contact into your cell phone. Click to choose, assign, done.

Four buttons, individually assignable for each Rig, can control multiple effects at the same time. In order to associate an effect with a button, all you need to do is hold the Effect Button of your choice on the Remote and press an effect module button on your PROFILER at the same time. Done. Status color LEDs give you a great overview on assignments and purpose of a switch/ pedal.

Made with touring in mind

The Remote connects to PROFILER with a single cable. We are using a Neutrik® etherCON® connector to ensure the most robust connection possible on stage. By using a powered ethernet hub, distances in excess of 100 m (300 ft) can be bridged with a simple Ethernet cable.

The four TRS connectors on the rear panel can be used for expression pedals and switches. Pedals can be used to control volume, wah, pitch and even combinations of multiple continuous parameters - all freely configurable by Rig. Multiple functional assignments can be assigned per expression pedal - for instance, volume + wah + pitch can easily be assigned to the one pedal.

The Remote allows you to trigger external MIDI gear by sending program change messages from the MIDI OUT of your PROFILER.