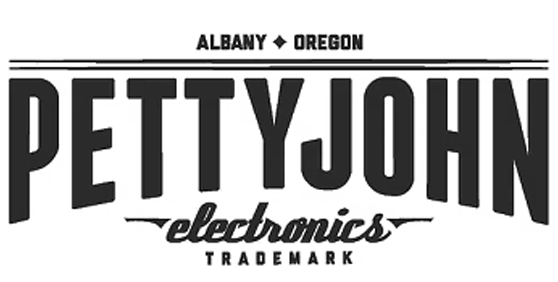 Whether you have played the original pedal or not, you will experience instant sonic nostalgia when you plug in to the ODI, recognizing the tone heard on countless records over the last four decades.

The inspiration to make this pedal is a personal one to circuit designer Stephen Pettyjohn. Stephen’s first overdrive pedal back in high school was a 1978 Boss OD-1 and it served as his main overdrive for more than 10 years. He sold it when the prices for an original went sky high a few years ago but missing “that” sound he set out to recreate a pedal that captured the tonal characteristics that he loved about the original while adding the features he always wished he has on the original.

The ODI features a streamlined control set for quickly dialing in killer vintage drive tones! There are knobs for Level, Gain, Lows and Highs, analogous to the other CORE series pedals.

The LEVEL control has been carefully placed in the circuit to control the overall level of the signal and help deal with the huge amount of gain. It is also fully buffered from the outside world and will not load or tone suck, AND the ODI loves to be stacked with other drive pedals!

The GAIN control adjusts the gain of the internal gain amp. The gain range moves from a very low gain, colored preamp/boost area to touch sensitive, edge of breakup by 9-10 o'clock. By noon the ODI is a fierce, harmonically rich, saturation machine of vintage lore.

The rest of the gain knob range adds more sustain rather than adding more “distortion” and moves from a classic crunch to a vintage lead machine. Paying homage to the original, the gain amp drives an array of specially orientated diodes in the feedback loop of the gain amplifier, creating tube-like, asymmetrical clipping.

The opamp driving this circuit contributes to the feel and sound of the circuit so we have included the original JRC4558 opamp in the gain stage because it just feels right.

The biggest shortcoming of the original Boss OD-1 design was the complete lack of any tone controls. We experimented with many different tone controls and decided to equip the ODI with the same active tone controls we have been using in the other CORE pedals.

We love these filters as they are the most powerful tone controls we have ever designed for a pedal. We feel these simple two controls really give the most sonic variation possible with simple operation. Around noon on both tone controls approximates the original circuit, which had extensive filtering built in.

The LOWS control offers a huge sweep range from sub 30Hz to beyond 1kHz, rolling off at a powerful 18db/octave. This control is located before the GAIN stage and greatly impacts how the circuit distorts.

Keep this in mind as you experiment with the control at the extremes and you’ll find a vast array of overdrive and distortion and tones just by sweeping the LOWS control.

The HIGHS control comes after the gain stage and helps shape the high harmonics that get generated from the overdrive circuit. You can easily achieve a smooth, warm tone or open up the top and get sweet, chimey highs with this wide range control that sweeps from 1kHz up to 22kHz.

We designed the circuits so that the ODI could feature our CORE series dual rail doubling power supply. This design can scale from +/-7v to +/-18v, effecting the headroom, tone and feel of the pedal, achieving up to four times the headroom of the original. The internal supply achieves this by mirroring whatever input voltage you apply via the external power supply and we always encourage people to experiment.

Our entire CORE Series features our quiet bypass switching system. It is a true bypass, relay based system for minimum pop when engaging the effect. If you happen to use a true bypass looper and want state memory we offer the pedal with Hard Click True Bypass via our custom shop as a post-purchase mod or at time of purchase via our online shop.