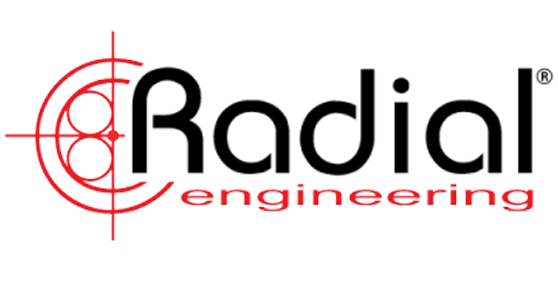 The Reamp Station combines two studio essentials in one chassis: an active DI box for pristine recordings of any instrument, and the JCR high-performance Reamper to feed those recordings to your guitar amps and pedals during mixdown.

A great Reamping session starts with a clean, high-quality direct recording -which is why the DI you choose is so important. The active DI portion of the Reamp Station is based off of Radial's world-class J48, tweaked slightly to provide maximum benefit for recording tracks that can be Reamped later on. Among these changes is a buffer switch, which engages a unity-gain Class-A buffer circuit on the Thru output, preventing any loading down of passive pickups when connected to an amplifier and preserving the natural tone of your instrument. The DI circuit is powered via 48V phantom from your interface or mixer, so there's no need for a separate power supply, and a front panel LED indicator for visual confirmation that power is being received.

The Reamper side of the Reamp Station will be familiar to many professional recording engineers and home enthusiasts alike. It takes the circuit from the Reamp JCR, originally designed by acclaimed engineer John Cuniberti, and ports it into a multi-use studio tool. The JCR features a custom-wound 'Made in the USA' transformer to convert the line-level signals from an audio interface so they are optimized to feed guitar pedals and amplifiers, while also including a level control, 3-position filter, and a mute switch to protect your ears when adjusting mic placement on a live amp. In addition to the XLR and balanced 1/4" TRS inputs for the Reamper, a 3.5mm mini input is also included for easy connection to mobile devices such as smartphones and tablets to streamline playback and encourage additional creativity.

With a world-class DI box and the JCR Reamper under the hood, the Reamp Station is the latest must-have piece of gear for studio recording. With this powerful unit next to your amplifier, you can seamlessly switch from recording a performance to Reamping and exploring new creative sounds, while knowing that you'll achieve the highest audio quality during each step. It's also rack mountable using the optional SA Series rack adaptor, and Link In/Out connections are provided to daisy-chain multiple Reamp Stations together for larger setups.