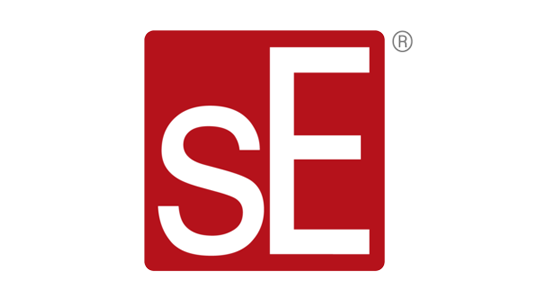 Be the first to review this product
SKU
SE-REFLECTION-FILTER-PRO
$219.00
Availability: Out of stock
Earning 219 points for this item
Applies only to registered customers, may vary when logged in.
Earn 10 points for writing a review for this product
Add to Wish List Add to Compare
Skip to the end of the images gallery
Skip to the beginning of the images gallery
Details
Specifications
More Information
Reviews

The Reflexion Filter Pro utilises sE’s patented multi-layer technology to offer a truly portable vocal booth that will isolate your microphone from unwanted room noise without colouring the sound. The RF-Pro is composed of nine layers, which all contribute to ensure that you get less of the sound you don’t want and more of the sound you do. The RF-Pro comes with an adjustable heavy-duty microphone stand clamp and vertical bar for attaching any standard-fitting shock mount.

How does it work?

The various layers both absorb and diffuse the sound waves hitting them, so progressively less of the original source acoustic energy passes through each layer. This reduces the amount of energy hitting un-treated walls and other surfaces so there is less of the original source reflected back as unwanted room ambience to the mic. The Reflexion Filter also helps prevent any reflected sound reaching the back and sides of the mic. Its shape and size have been carefully tested to maximize absorption while keeping 'coloration' down to only around 1dB, and leaving the microphone's polar pattern unaffected.

Independent test results from the Tongji University Audio Lab in Shanghai show audio image colouration with and without the sE Reflexion Filter. The tests (carried out by China's leading Acoustic Engineering University completely independently) clearly show extremely low levels of coloration when using a microphone with the Reflexion Filter while recording (20Hz to 20KHz).

This was one of the greatest challenges in designing the RF. Other companies have now started to try and copy our designs (without breaking the patents which are what make the Reflexion Filter actually work!), but fail to achieve such good results because the designs are too simplistic.

The RF comprises several layers of Aluminium and patented acoustic fibreboard separated by acoustically isolating air gaps... and therefore manages to remove large amounts of room ambience with a very compact design. The whole idea was to make the unit as effective as possible, but in the smallest space... otherwise what would be the point... you may as well treat a wall behind the mic.

The shape of the RF is also critical to the design as it randomises any Reflections back from the surface of the filter. Products which are semicircular (without the flat diffuser panels the RF has) will concentrate any inconsistently reflected frequencies onto the mic... the worst possible scenario.

Another very poor design though is a simple 'V' shape behind the mic. This creates one of the worst coloration problems you can manage to achieve when recording audio. Think about problems of Bass Accumulation in room corners... the bass is accentuated worst in 90 degree corners, so any baffle placed behind a mic which is this shape creates huge coloration problems in bass frequencies. This also adversely affects higher harmonic frequencies because of the massive energy in bass frequencies exciting these higher harmonics. A simple flat panel on a wall positioned behind the mic is a much better solution, as it does not create coloration, but still limits at least some of the early reflections in the room.