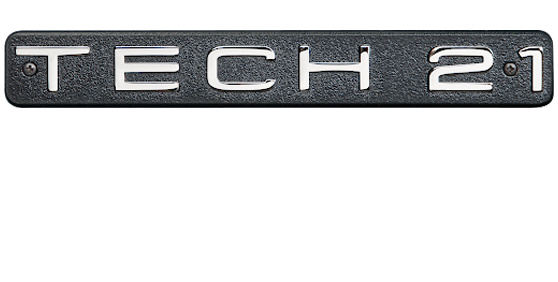 Known for staunchly rejecting any compromise of their vision or conforming to being politically correct, Rammstein is one of, if not the most unique bands on earth. Their internationally-acclaimed shows take the term “spectacle” to a whole new level. Their outspoken lyrics, driving rhythms and crunchy attacks come together in a contagious groove typically incongruous with industrial metal. Each member is devoted to the same uncompromising ethos, which is evident in their surprisingly tasteful musicality, creative wit and saucy humor.

Paul Landers has been a long-time user of Tech 21 gear, both the SansAmp GT2 and SansAmp PSA, which is especially prominent in their worldwide smash “Du Hast.” While he liked the format of the Fly Rigs, Paul was looking for a different feature set. Given Paul’s long term relationship with Andrew Barta, it was a no-brainer to collaborate on a Fly Rig to fulfill his individual needs.

Just prior to serious discussions on the development, Rammstein were in rehearsals for their 2017 tour. Paul initially opted for, dare we say, a very high-end digital emulator/effects processor. When it unexpectedly went down, he grabbed his trusty SansAmp GT2. It was unanimously agreed by the crew, sound engineers, fellow band members, and Paul himself, the GT2 had more “air” and liveliness. This marked the initial design foundation for Paul’s Signature Fly Rig.

The Paul Landers PL1 Signature Fly Rig offers 2 SansAmp channels, one clean and one dirty. Like our other Fly Rigs, it offers the same ease, portability, confidence and multi-functionality for going direct to a mixer or P.A. and as a pre-amp/stompbox in live performances.

There’s a Bite switch for a presence boost which provides extra clarity to the top end, increased definition to your notes, and an edginess with increased harmonics and a slight breakup.

TUNER
Chromatic Tuner is operable via the TAP/TUNER footswitch in the DLA section. You simply hold the footswitch down to engage the Tuner, which simultaneously mutes the signal path.