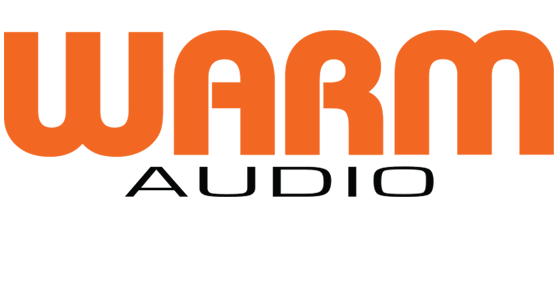 A lot of preamps on the market do a good job of raising the volume of microphones and instruments, but many pres today are doing only that: raising the volume. These “super clean” designs often leave the signal exiting the preamp sounding much the same as it did entering it, which ends up requiring a lot of work in post-production to get instruments to wake up and sound big in a mix.

If you’re looking for a preamp to actually improve and shape your signal instead, you will most definitely love the WA12 MKII Black. This preamp is designed to transform the tone of plain instruments and vocals into exciting sounds that can stand on their own - so if your mixes lack depth, struggle to sound alive, or are just missing that professional touch you’ve always wanted, the the WA12 MKII Black is the affordable answer.

The WA12 MKII Black is a completely discrete, high voltage, dual-transformer microphone preamplifier design with high gain (+71dB), high headroom, low noise, and exciting sonic performance – which makes it an ideal choice for all types of recording applications. A high-quality mic preamp is one of the most critical pieces needed to achieve that elusive ‘larger than life’ sound, and the WA12 MKII Black delivers on that promise every single time.

The WA12 MKII Black is based around the X731 discrete op-amp, which is our own reproduction of the classic Melcor 1731 - considered by some to be the warmer predecessor to the modern 2520-style op-amp. The X731 can achieve vibrant, clean and lifelike tones, but it can also be driven into mild saturation at much higher gain levels. While the effects of that saturation can range from subtle to obvious, they always remain very pleasing to the ear, and because it was designed around the X731 the WA12 MKII Black can accept any discrete op-amp on the market that conforms to the +/-16v, 2520 pinout standard.

Our ears played a big part in the process of designing the WA12 MKII Black, and we didn’t stop tweaking until anything we ran through it sounded better. Using CineMag USA transformers and an all-discrete signal path, we ensured that this preamp would have the building blocks to compete with the best-sounding preamps on the market, and we’re very proud to offer such a robust and professional design in a small and affordable package.

At Warm, we always put customers front and center in our decision-making. You are the reason that we put so much time and effort into ensuring that the products we bring to market sound amazing, are as affordable as possible and inspire endless creativity - we’re serious about this stuff!

We’re also serious about recording as an art, and we’re always looking for ways to help our customers achieve their sonic goals. With that mission in mind we partnered with Switzerland-based Gotham AG - Europe’s top producer of premium cable - to provide the cable stock for our entire new line of interconnects, and the results have exceeded our expectations!

With Warm Cables we knew that we wanted to offer the highest quality possible at a price low enough for everyone to afford, with construction robust enough that we could offer a lifetime warranty. Well known as the original supplier to some of the industry’s elite manufacturers (their 3-conductor wire was known simply as “the Neumann Cable” for decades), Gotham’s cable construction techniques and technology now represent the current state-of-the-art. We couldn’t be happier to partner with them on these new cables, and we can’t wait for you to use them!

Warm makes two lines of cable - Premier and Professional - in order to offer the largest number of options possible in two different price ranges. Both lines take advantage of Gotham’s state-of-the-art construction, offering absolutely stellar audio performance, near-perfect signal transfer and the ultimate in reliability (which is why they both feature a lifetime warranty!). Both cable lines produce fabulous results, but the Premier line adds above-and-beyond features like gold-plated connectors, four-conductor Starquad construction for powerful rejection of EMI and Double-Reussen shielding for increased rejection of RFI. There simply is no better-sounding or more reliable cable on the planet, and Warm Cables don’t come with a gold-plated price tag - these are wires that everyone can afford!

Warm Audio Premier and Pro cables are offered in XLR, XLR to TRS, TS to TS, and TS to angled TS varieties.

A traditional balanced cable uses three cores of wire to carry the audio signals: one shielded core for the hot/positive leg, one shielded core for the cold/negative leg (which is wired in reverse polarity to the positive leg), and a plain outer wrap that functions as the ground. A balanced audio system effectively rejects most induced noise encountered along the cable’s length by removing signals that are common to both the hot and cold legs.

StarQuad construction takes that concept even further, by using four cores instead of two: two cores each for the hot/positive and cold/negative legs and a single ground. This helps to further shield the audio from RFI (radio frequency interference) even more than a traditional 3-conductor cable.

Most cable construction techniques use an outer wrap of wire to act as the ground. Some manufacturers braid this wire, while others simply wrap the wires in a highly uniform way to shield the interior wires from interference.

Double-Reussen shielding goes much further than more traditional techniques in two ways: First, the cable is wrapped with not one but TWO separate shields, and second, the outer shield is wrapped in a contrary direction to the inner shield. This creates a stronger and more complete shield from RFI for the internal cores, and can result in an astounding reduction of interference. Double-Reussen shielding is a tad more expensive to manufacture, but for those who will accept nothing but the best it represents the pinnacle of current balanced cable technology.